Award-Winning Rides & Attractions in Orlando for 2020

We thought we would concentrate on a round-up of award-winning rides and attractions in Orlando for 2020. After all, they have to be the best of the best to get some of these coveted awards for Best Ride, Best Theme Park etc

Top of the list ofaward-winning rides in Orlando for 2020, and voted #1 Best New Amusement Park Attraction by USA Today Readers Choice is Sesame Street Land. Now open, it takes you into a furry world of friendly faces from this long-running educational Muppet Show. BTW, ifyou’re planning to visit Sesame Street Land as a family, check out the savings on a Family VIP Pass. It covers 5 guests and includes a prime reserved spot for the Sesame Street Party Parade, priority access for meet and greet, two souvenir photos with Elmo and friends and Quick Queue front-of-line access at Super Griver’s Box Car Derby. All this for $49.99 on top of regular park admission. 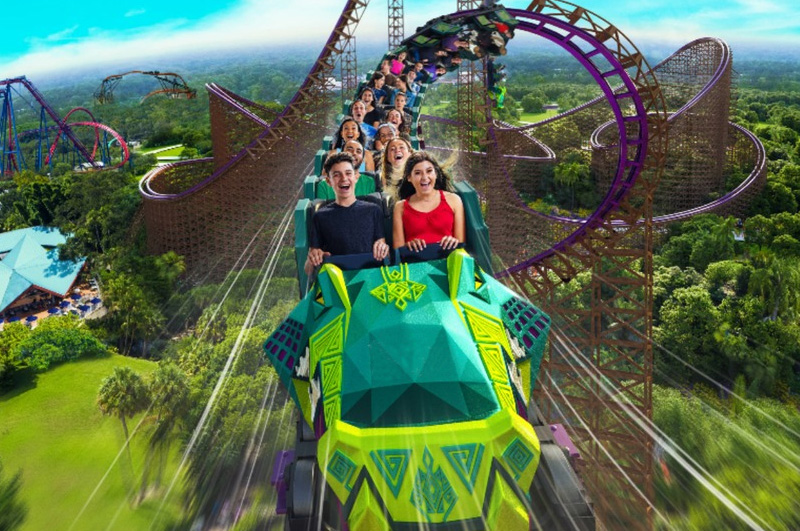 Next up we have the Best New Water Park Ride Golden Ticket award-winner by Amusement Today. Ray Rush is a fully loaded wet, wild adventure with three times the fun. It promises three ways to splash, slide and soar with rafting fun for all the family. Part of Aquatica Orlando, staying cool has never been more entertaining!

Three more new rides were honored with awards by the International Association of Amusement Parks at the end of 2019. The Outstanding Achievement Award for Attractions went to Hagrid’s Magical creatures Motorbike Adventure at Universal’s Islands of Adventure theme park. 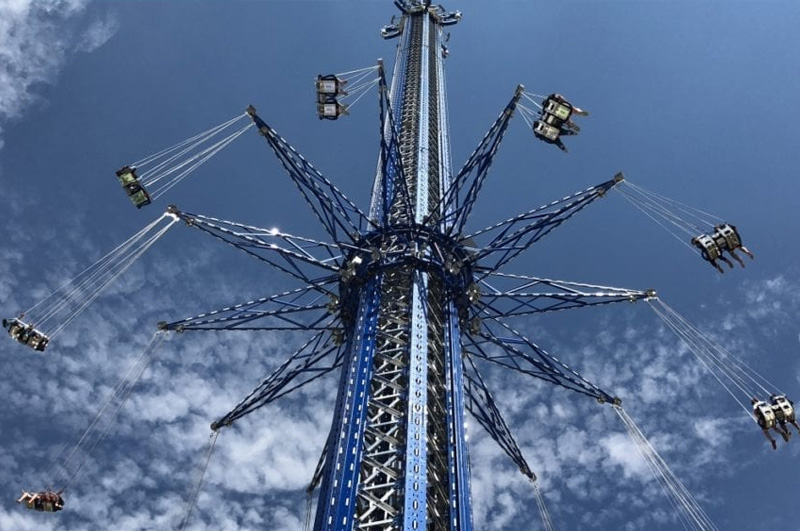 Some More Awards Catogories & the Winners

The award for Outstanding Achievement in the New Parks category was also scooped by Disney Star Wars: Galaxy Edge.
Best Show Award by Theme Park Insider was given to Disney’s Fantasmic! at Hollywood Studios complete with fireworks and water fountains.

The much-sought-after awards by Amusement Today trade mag included Best Wildlife/Marine Life Park for SeaWorld Orlando for the 13th consecutive year – no arguments there I’m sure. 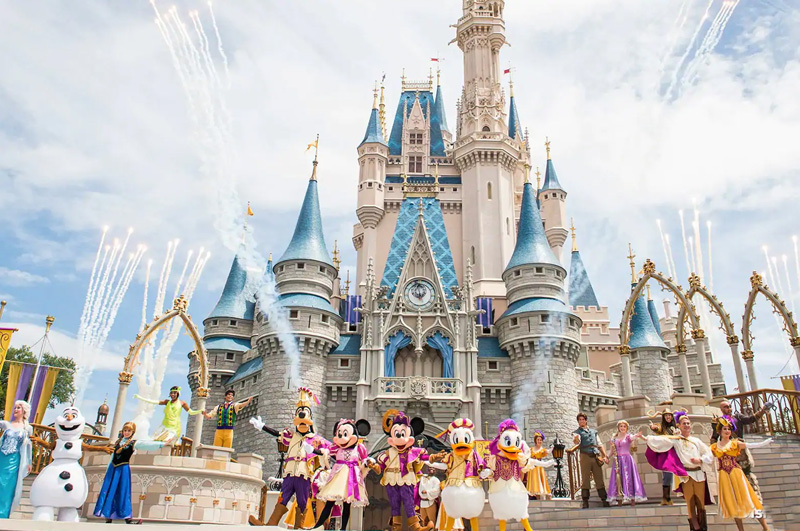 Moving On To Food Awards For Restaurants In Orlando

Moving on to food awards for restaurants in Orlando, The Best Quick Service Restaurant went to Satu’li Canteen in the World of Avatar at Disney’s Animal Kingdom. Runners up included Universal’s The Leaky Cauldron.

Best Table Service award went to Mythos Restaurant in Universal’s Islands of Adventure. It was the winner in the past from 2003 to 2008 before losing its top spot. 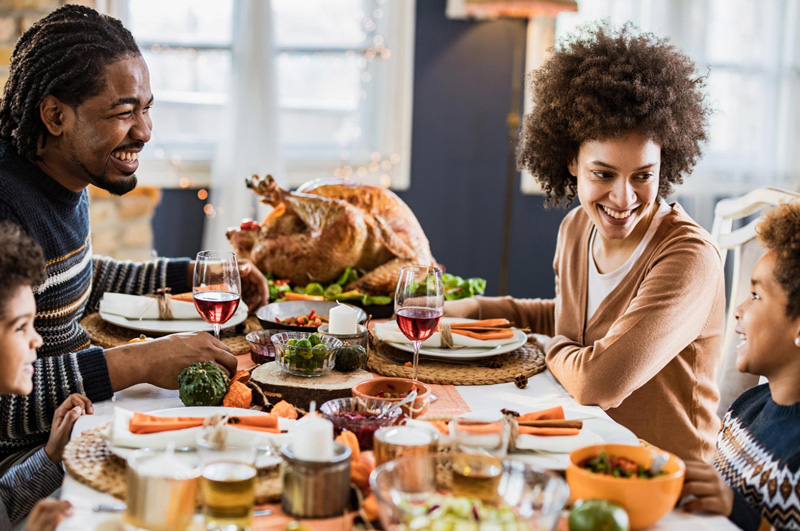 We use cookies on our website to give you the most relevant experience by remembering your preferences and repeat visits. By clicking “Accept”, you consent to the use of ALL the cookies.
Cookie settingsACCEPT
Manage consent

This website uses cookies to improve your experience while you navigate through the website. Out of these, the cookies that are categorized as necessary are stored on your browser as they are essential for the working of basic functionalities of the website. We also use third-party cookies that help us analyze and understand how you use this website. These cookies will be stored in your browser only with your consent. You also have the option to opt-out of these cookies. But opting out of some of these cookies may affect your browsing experience.
Necessary Always Enabled

Any cookies that may not be particularly necessary for the website to function and is used specifically to collect user personal data via analytics, ads, other embedded contents are termed as non-necessary cookies. It is mandatory to procure user consent prior to running these cookies on your website.

VRBO - The Prima Donna
Amazing!!!
We had the best time in this LOVELY home!!! We were within 10-20 minutes drive to all the parks, it had an awesome pool, bathroom for every bedroom, the most comfortable beds and pillows, and a bunch of games and activities!!!!! We would come back here in a heartbeat. Thanks so much for the perfect place for our family:)

Florida Premier Rentals
Nothing like I ever experienced before!
This property was absolutely gorgeous! Everything was perfect and clean. We enjoyed the house so much that we didn’t even bother to go to the water park in the community. The backyard and pool is breathtaking! I will definitely book again in the future.

VRBO
Beautiful property
We had a great time. The house is beautiful with everything we needed for our stay. I only recommend putting a blind in the front door for privacy.

VRBO
This property was everything we wanted...and more! The home was very clean. We enjoyed the pool, home theater, and game room! We also enjoyed cooking in the well-equipped kitchen. We also enjoyed the water park and the soccer field every day. The kids didn’t want to leave. We will definitely be back.

VRBO
We had an amazing time at this property. I was very happy with the cleanliness of the house. Every room was very well equipped with pillows and blankets. The pool was amazing!! The kitchen had more than enough glasses and plates for all 8 of us. We had an issue with the fridge ice maker which was fixed right away after I called the number provided . Internet and cable worked great! Overall, we had a great time and it exceeded our expectations!

VRBO
It was a fun time for all ages. Our family just wanted to have a getaway vacation this summer, especially during these trying times. The Property Manager was fabulous! Very quick responses, via email, whenever I had a question. Thanks for everything!!

We enjoyed our stay! The check-in process was excellent. The property was clean. It could use a little dusting in hidden spaces. The resort pool was a gem! We had one issue with oven- circuit kept overheating and oven would shut down but maintenance did come the same night. Overall, we enjoyed our stay.
Read more...
5
Excellent