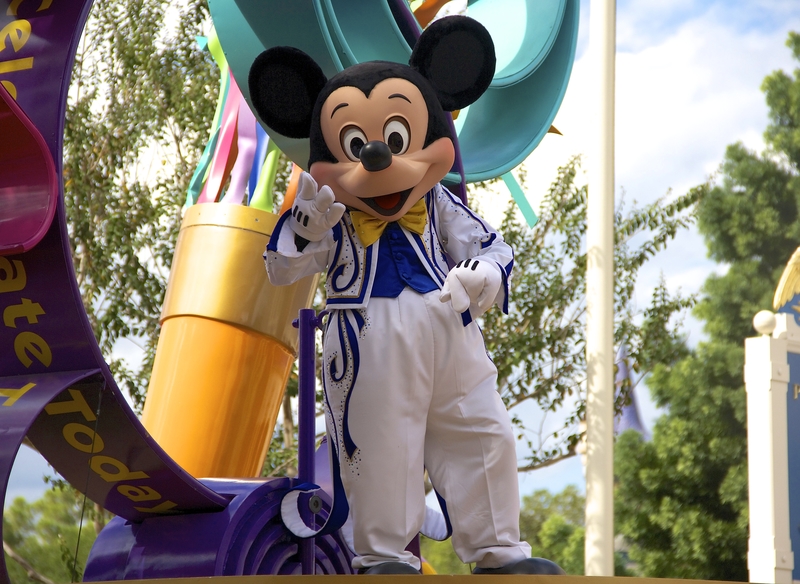 Published on May 25, 2019 by Florida Premier Rentals

Following last year’s launch of Toy Story Land, this year’s big news is that ‘Star Wars: Galaxy’s Edge’ is due to open at Walt Disney World in Orlando on August 29th 2019! In this galaxy far, far away, live out all your Star Wars dreams, with new attractions, custom merchandise and the best galactic dining this side of the universe. Visitors will get to fly the Millennium Falcon on an interactive smuggling mission. The experience will feature appearances from Chewbacca and Hondo Ohnaka. Another ride which will push the boundaries of technology and is due for release later this year (date to be released) is ‘Star Wars: Rise of the Resistance’.

The Disney Skyliner gondolas are set to rise to heady heights fall 2019 and, once operational, it will ferry guests around, connecting Hollywood Studios and Epcot. In other news, the all-new ‘NBA Experience’ at Walt Disney World launches August 12th 2019. Located in the space formerly occupied by DisneyQuest, this NBA fan’s dream will feature interactive games and immersive experiences that allow you to shoot hoops and dunk balls. There will also be a retail store and restaurant.

Disney’s Hollywood Studios celebrates a 30 year anniversary this year with a new event; ‘The Wonderful World of Animation’. This nighttime projection show will feature a spellbinding tribute to the world of animation. Littles ones will adore ‘Mickey & Minnie’s Runaway Railway’, due for release this summer. Also situated at Hollywood Studios  Chinese Theatre, twists, turns and superb graphics will make this addition a new hit in Hollywood. Alongside recently opened experiences, including meet and greets with Monsters Inc characters Mike and Sulley, Lightning McQueen’s ‘Car Racing Academy’ and a new home for The Incredibles family, Hollywood Studios is the place to be.

This year is the 25th Anniversary of the ‘Lion King’ and in fitting celebrating the Animal Kingdom is holding dance parties galore.

Join the ‘Hakuna Matata Time Dance Party’ and recreate iconic scenes with a 3-D Photo op, very instagrammable! End the day with the ‘Rivers of Light’ show extravaganza. The fabulous ‘Tree of Life’ will also get a special makeover, with a projection show in tribute to The Lion King.

Honouring the park’s original mission whilst bringing it into the next millennium, Epcot’s () transformation has begun. A vision which will take several years to complete, this year we’ll see ‘Illuminations: Reflections of Earth’ close in summer and a firework, laser and light effect show acting as a limited-time replacement called ‘Epcot Forever’.

‘Hagrid’s Magical Creatures Motorbike Adventure’ is now open at Universal Islands of Adventure  This thrilling rollercoaster sees Hagrid’s passengers soaring through the Forbidden Forest, meeting well-known characters along the way. Fully immersive, it reaches speeds of up to 50mph! Each experience is unique, depending on whether you’re on a sidecar or upfront with Hagrid.

The Nighttime Lights at Hogwart’s Castle

Now open on select nights is ‘The Nighttime Lights at Hogwarts Castle’. A fantastical light show, it unfolds against the backdrop of the castle and is a great way to end a day of wizardry. If you want an all-round Potter experience, why not stay with us at 6 bedroom vacation rental Happy Hounds which has a Harry Potter-themed kid’s bedroom with wall to wall murals. It rents from only USD$280 per night and can host up to 12 guests.

Is an epic new show is a celebration of music, water and light. Enter a prehistoric world with roaring dinosaurs, feel the high-speed thrill of ‘Fast and Furious’ and giggle along with those cheeky Minions. It will bring movies to life like never before!

The fun never ends in Orlando, so whether you’re looking for something for yourself and your loved ones or are planning to take the entire family on vacation, let us know and we’ll help you to vacation in style. Our Orlando vacation homes range from three to eleven bedrooms, with glistening pools, immaculately furnished interiors and superb resort amenities. And, unlike other Florida travel companies, we do not charge service fees, leaving more for you to enjoy at the theme parks!

Don’t have Disney tickets yet? not to worry why not click the link to view discounted attraction tickets

If you’re visiting Disney World, why not stay with us at a nearby vacation home. Here at Florida Premier Rentals, we offer all sorts of luxuries villas from cosy 3 bedrooms up to 11 bedroomed mansions. Click the link to find out more

Get in touch with us and let us help you visit Orlando.